To ensure passenger comfort and hygiene inside the aircraft cabin, aircraft manufacturers design an air conditioning system that ensures a continuous supply of fresh and conditioned air regardless of the operating environment the aircraft is subjected to.

In countries wherein winter season exists or whenever the climate is freezing like Siberia, the cabin temperature can be adjusted by up to 32° C by the flight crew by simply rotating a knob in the cockpit overhead panel. For countries located near the equator and tropical climate exist such as the Philippines, cabin temperature can be adjusted for up to 16° C by following the same procedure. When the conditioned air is sealed inside the aircraft’s cabin, it produces pressurization of the aircraft which allows passengers to be physically comfortable and avoid hypoxia whenever the aircraft is operating at high altitude. This altitude can reach up to 39,000 ft, where the majority of airlines prefer to fly as there is less air friction, thus producing a more fuel-efficient operation. 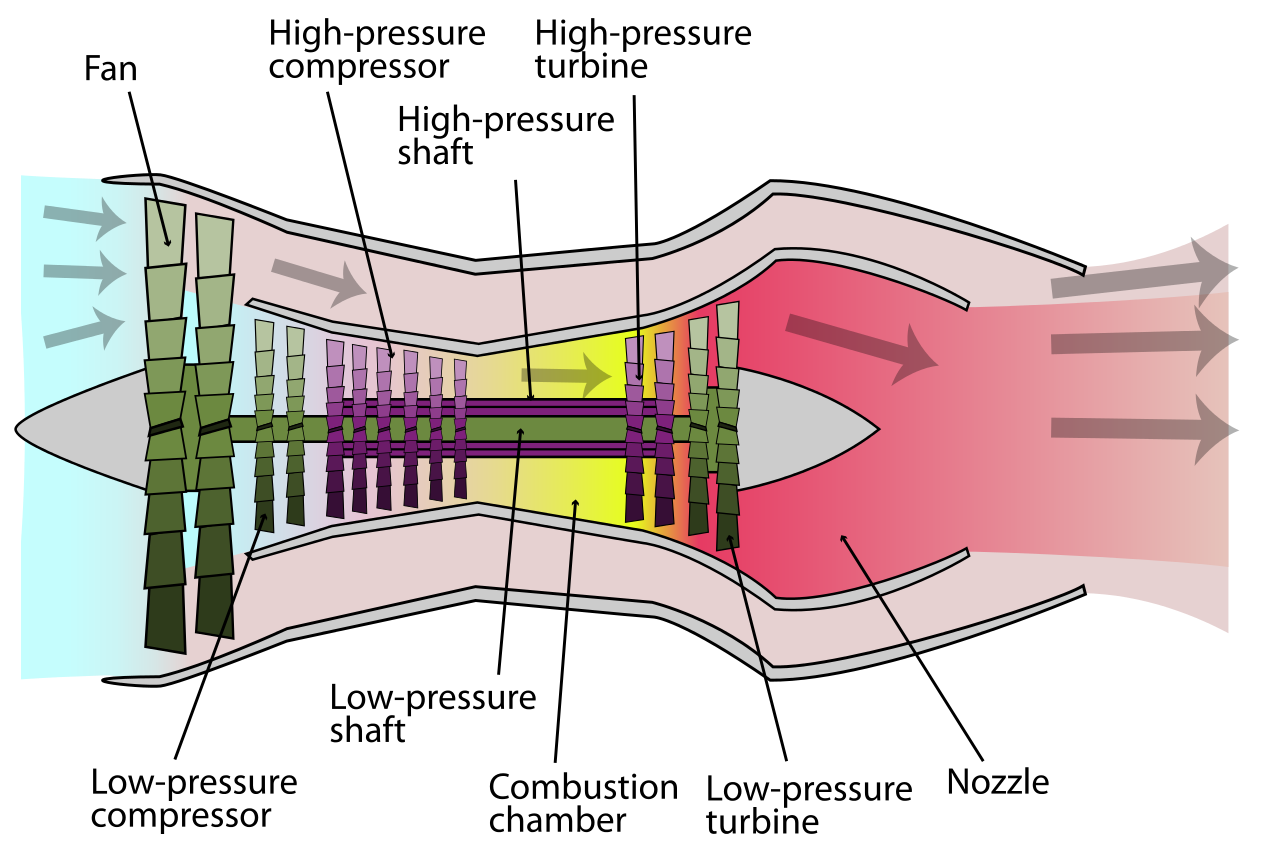 Figure 1: Diagram of an airliner turbofan. Source: K. Aainsqatsi / CC BY-SA 3.0Many people are not aware that a jet engine does not only produce thrust to produce forward motion for the aircraft. Aircraft and engine manufacturers found a way to harness the hot air passing through the engine’s low-pressure compressor stage. It was made possible by installing a duct where the bleed air would flow out so that it could be used as the primary source of breathable air which would be supplied inside the cabin and the cockpit. This is called engine bleed air.

This design provides an infinite source of air without the penalty of additional weight for the aircraft. The low-pressure compressor stage is the preferred choice for bleed air source as its distance from the combustion chamber where the fuel-air mixture ignites avoids excessively high temperature air or fuel vapor rich air from entering the air conditioning system. 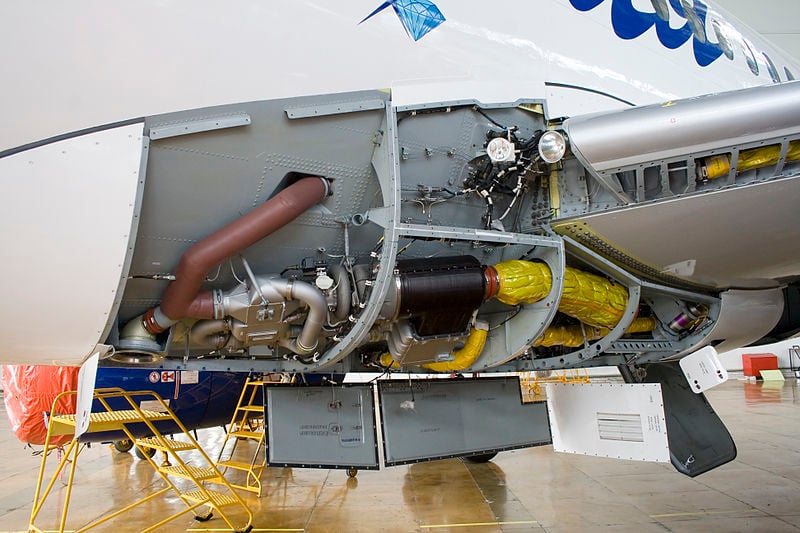 Figure 2: Air conditioning system of a Sukhoi Superjet. Source: A.Katranzhi/CC BY-SA 2.0The high temperature engine bleed air is cooled through heat transfer by the low temperature ram air which enters through the ram air inlet duct located near the belly portion outside of the aircraft. Ram air is the ambient air that flows opposite to the aircraft's direction of travel.

This process of heat transfer takes place inside the heat exchanger. It is important to note that these two sources of air do not physically come into contact with each other. Think of it as a regular automotive radiator, but instead of using a cooling fluid to cool down the engine bleed air, the aircraft uses ram air. After undergoing the process of heat transfer, the now converted hot ram air is then discharged through the ram air exhaust duct which is only located a few meters aft of the intake duct. The ram air design principle is advantageous for the aircraft as it is infinite in supply, does not need additional components for storage and saves the aircraft from additional weight which ultimately results in fuel savings.

The now colder engine bleed air then passes through an air cycle machine. This component further decreases the air temperature by decreasing the pressure applied through the use of a compressor-turbine design. Afterwards the significantly colder air passes through the condenser to remove any excess water vapor in the air which is then routed to the mixing chamber before being supplied to the cabin and the cockpit. On some aircraft conditioned air is also supplied to the cargo hold when the aircraft design is upgraded to carry live animals.

Exhaled carbon dioxide and residual oxygen that was initially supplied is then sucked out of the cabin by exhaust ducts located on the bottom part of the side wall panel beside the cabin floor; this exhaust duct is not easily visible to the passengers. This process is aided by a component called recirculation fan, which sucks the air partly through an overboard valve to discharge the air out of the aircraft while the remaining part is recycled by being routed through a HEPA filter. The filter removes 99.99% of bacteria and virus in the air before being routed to a mixing chamber where it is mixed with newly conditioned air coming from the heat exchanger. This is the whole cycle of operation of the air conditioning system. 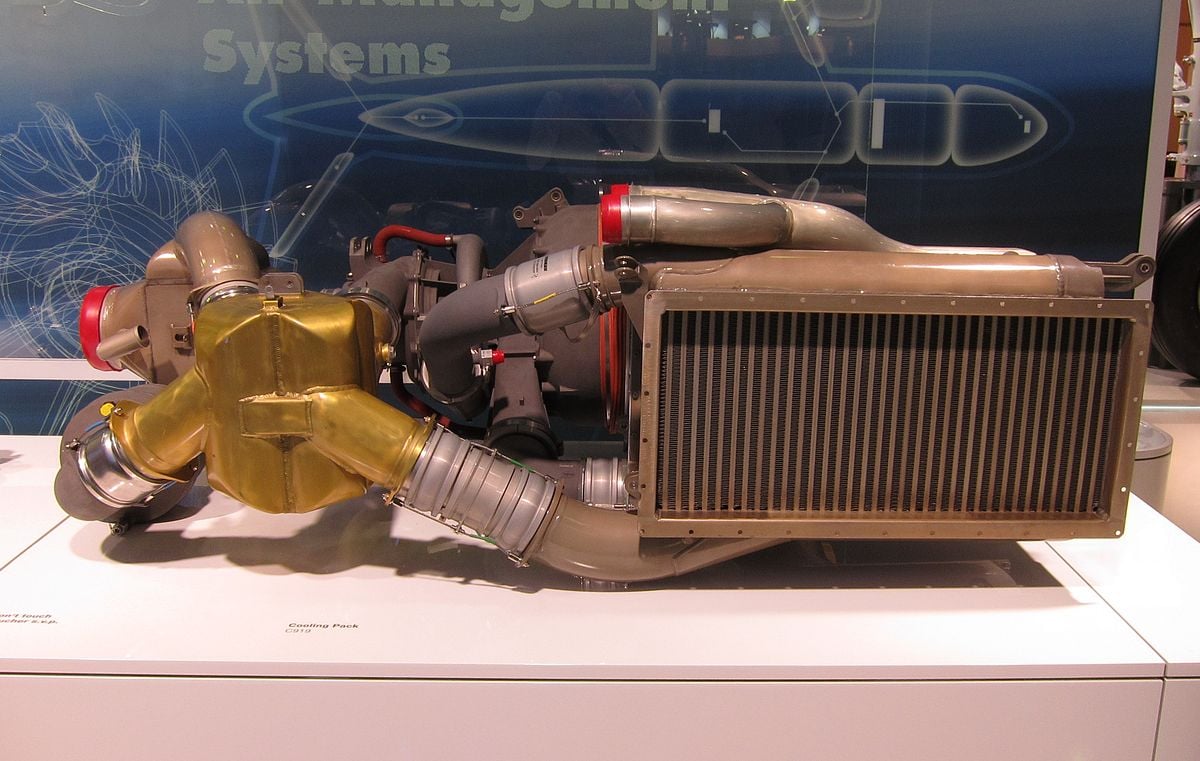 Aircraft falling under this principle of design are normally the small trainer aircraft, or those whose size is comparatively small, thus prioritizing space savings over comfort. On larger aircraft whose passenger capacity and size are designed to fly at significantly higher altitude, an air conditioning system is required so that both the crew and passengers can breathe normally and sufficient aircraft pressurization will be achieved.

Reference to the image above, the entire air conditioning system is designed with two similar sets of components which are referred to as a pack. Each pack is similar to the other and can take over the function of each other when the opposite pack fails. At a minimum, each air conditioning system pack should comprise its own engine bleed air supply, ram air inlet and exhaust, heat exchanger, temperature sensors, air cycle machine, condenser, recirculation fan and air louvers.

The air conditioning system of an aircraft is a testament to why air travel is the safest mode of travel over land and sea. Component reliability, system review, flight crew and maintenance crew competency, failure and accident investigation are just a couple of the many safety barriers the aviation industry has erected to ensure that the next time a person boards an aircraft, he or she can relax throughout the journey.